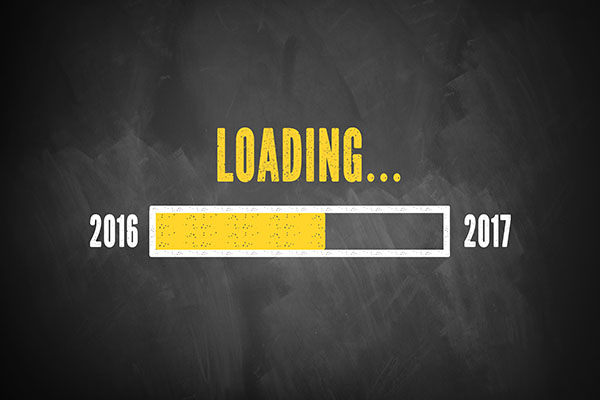 The technology sector is fueled by the spirit of innovation, and we’ve certainly witnessed plenty of changes this year. As we look forward to 2017, here are a few trends that will continue to develop:

Artificial Intelligence:
Artificial intelligence (AI), or machine learning, is now used in a number of important applications. You’ll find it in everything from robotics and autonomous vehicles to virtual personal assistants and smart advisors. While some AI is rules-based, the more advanced techniques have moved beyond rules to create systems that can actually understand, learn, predict, and adapt. So far, AI has only been used in certain technology sectors, but we’re likely to see it pervade many more consumer applications in 2017. It won’t be long until machine learning becomes expected as a component of every form of technology.

Automation:
We’re likely to see the trend toward increased automation continue in 2017, with advanced technology taking over tasks previously exclusive to humans. Some white-collar jobs – particularly in the financial sector – may very well disappear completely. Automated banking is growing rapidly, and we’re likely to see many financial advisors and analysts replaced by robo-advisors. These online wealth management services have the big data necessary to make split-second, highly informed investment decisions.

On-Demand Is in Demand:
There’s an Uber for everything, now. Due to the success of ride sharing, we’ve quickly become accustomed to the idea that everything we could possibly want should be available to us – on demand – via an app. The on-demand market is growing rapidly, with numerous apps already available to help us do laundry, cook dinner, or get a massage. Name any service, and someone is probably already working on a tech solution to bring it to you faster and at a lower cost – a trend that is likely to accelerate in 2017.

Physical and Digital Merge:
We already have site-to-store retail purchases – enabling customers to buy online and pick up their products in a physical retail location – but that was only the beginning. We’re now seeing much tighter integration between the physical and digital worlds. Online brands will likely introduce more physical products, such as Amazon Dash Buttons. These small physical buttons connect to Amazon via WiFi, facilitating faster and more convenient product ordering. At the same time, physical brands will develop more digital features. The Nike+ app adds digital intelligence to your shoes, with a sensor that keeps track of time, distance, and calories burned.

Augmented and Virtual Reality:
Augmented reality (AR) and virtual reality (VR) grew dramatically during 2016 – a trend that will likely continue into next year. Oculus Rift, the virtual reality headset, has received numerous positive reviews, and tons of VR games and apps have been released for the platform. 2016 also saw an AR game – Pokémon Go – reach unprecedented support, with over 100 million downloads. Virtual reality enhancements to amusement parks will transport visitors to fantastic places that are impossible to build, breathing new life into fading attractions. Businesses are also using AR and VR to provide virtual product demonstrations, 360 product tours, and employee training.

These five trends are exciting to watch, and they will continue to drive the technology sector in 2017 – and for years to come.

Greg’s extensive technical expertise spans nearly 2 decades of study and application. As a constant advocate of security and technical excellence he leads his team in staying abreast of technology developments, benefits and potential threats to business continuity and efficiency.