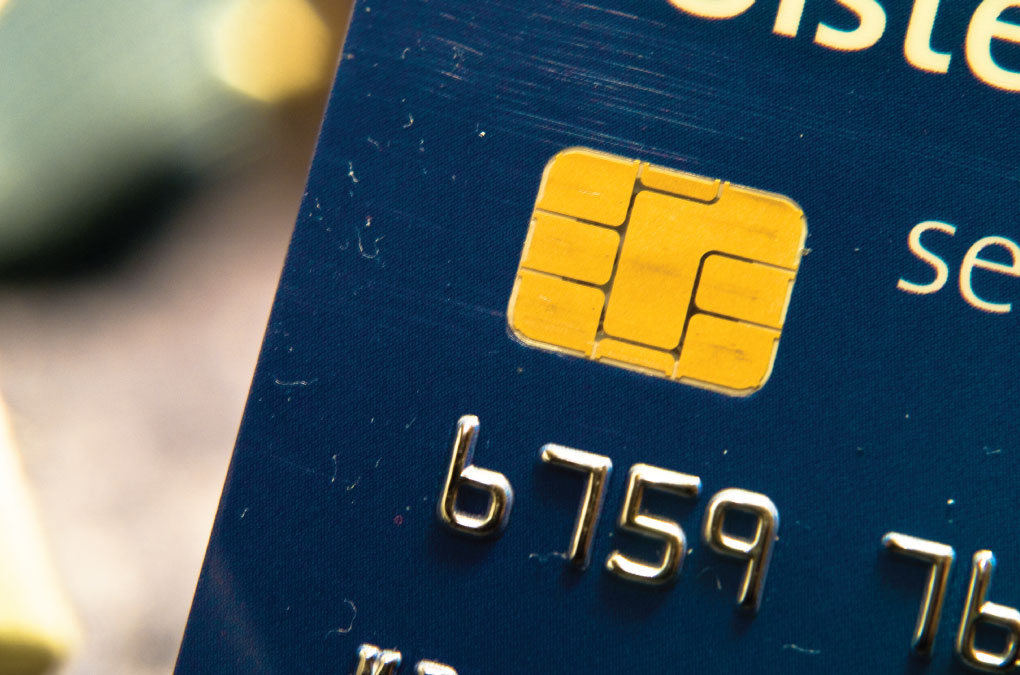 In recent years, the amount of cyber attacks, data breaches and fraudulent transactions in the US have increased at an alarming rate. In response, Visa and MasterCard set an Oct 1, 2015 deadline for banking and retail institutions to implement a new, more secure bank card processing system. The new system revolves around a EMV (Europay, MasterCard, Visa) microchip embedded into each card.

The EMV microchip stores all of the data traditionally held on a card’s magnetic strip. The chip contains a cryptographic key that reduces fraud by authenticating the card and generating a one-time use code that is matched to a bank transaction. Thieves can no longer take account numbers and place them on the magnetic strip of a random card. The use of EMV containing cards also creates compatibility be-tween American bank cards and global payment infrastructures.

Any business that accepts credit and debit card payments, but does not have an EMV card reader in place will face increased liability for fraudulent purchases made with stolen data or cards. Card issuers also face the same increased liability if they have not distributed chipped cards to their customers. Gas stations are the only merchants that have received an extension and must have chip readers in place at all fuel pumps by 2017.

Success with EMV cards has already been seen in the UK and Canada with fraud down by 67%, according to the UK Cards Association. However, both the UK and Canada require the use of a combination of both microchips and a 4-digit PIN. Pairing a microchip with a customer specific PIN number creates a 2 step authentication process that further increases security. However, in order to facility the large majority of people that do not have EMV equipped cards yet, many US businesses simply require a signature. This is leaving the door wide open for thieves to simply steal cards and forge signatures.

In recent years the amount of cyber-attacks, data breaches, identity thefts, and fraudulent transactions in the United States have been overwhelming. While no system is perfect, and there will always be peo-ple with malicious intent, the implementation of the EMV microchip system will help to decrease fraud-ulent activity in the US. If you have not already received a new EMV chip card from your credit card company, request one today. Protect yourself, your company and your wallet.

Greg’s extensive technical expertise spans nearly 2 decades of study and application. As a constant advocate of security and technical excellence he leads his team in staying abreast of technology developments, benefits and potential threats to business continuity and efficiency.